The occasion was blessed with the presence of the Vice Chancellor of the University of Mysore, Prof. K.K. Rangappa, as the Chief Guest . Mr. Tempa Tsering, Representative of His Holiness the Dalai Lama, Bureau Office, New Delhi, and Prof. P. Nagabhushan, Chief Nodal Officer and Professor of Computer Science, University of Mysore, were the Guests of Honor. Tibetan Parliament Members, Chief Representative South – Zone Co-ordinator, Settlement Officers and local
dignitaries from in and around Bangalore also joined the ceremony. The event is “historic” since this is the first ever Institute where degree programme in Tibetan studies can be pursued in combination with modern subjects.

In July, 2013 the Institute’s Board of Studies members met in New Delhi for further deliberation on syllabii, scheme of instructions and appointment of examiners for the  Specialized programmes.

the Academic session 2013 will introduce five different degree programmes from the University of Mysore.  These  are Conventional Degree Programmes  in BA, BCom and BCA and Honors BA in Tibetan Language and Literature, and Chinese Language and Literature. Candidates from alternative education systems like monastic education can take an entrance examination conducted by the Institute to get admission and earn degrees later on.

Besides offering Bachelor degree courses, the DLIHE aims to preserve Tibetan culture and heritage by creating a platform for Dialogue between Science and Buddhism with international scientists and Buddhist scholars.

Dr. B. Tsering, the Principal of the Dalai Lama Institute said, “the ultimate goal of the DLIHE is to be an independent University with both specialized and conventional programmes that extend right up to PhD level. 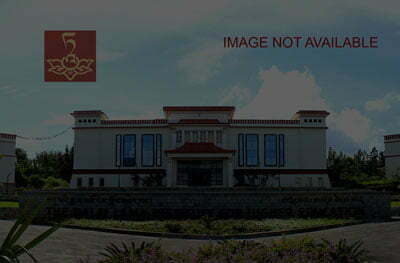 The Dalai Lama Institute signed MOU with University of Mysore